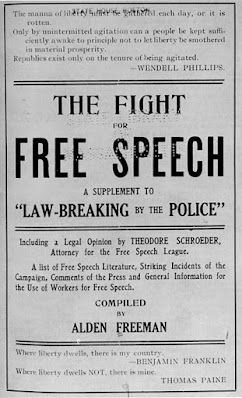 Friday, March 5th, 2021 was a day I planned meticulously for, and how my new sanctions motion ultimately shakes out now depends on a Superior Court Judge. The prosecution, led by Deputy Grafton County Attorney Tara Heater, decided to cling to technicalities, as lawyers often do when trying to bury the truth. Saying anything more on this subject will only mean backing herself further into a corner she shouldn't even be in. Belknap County's finest, Andrew Livernois and Keith Cormier, are the real people to blame for Attorney Heater's predicament, but she can't even say it out loud without totally embarrassing her county and the state. The coverup really is worse than the crime.

A surprising little scandal seems to be emerging in these two counties now that we have Attorney Heater on the record here saying that her supervisor has nothing to do with this litigation. This argument's also been tried to explain away Attorney Cormier's sloppy gag order request. What is the definition of supervisor in these counties? It sounds to me like nobody's doing any real supervising at all. If Attorney Hornick is not involved in the litigation but is also supervising it at the same time, that sounds very contradictory.

Listen to "Bergeron Sanctions Motion Against Keith Cormier, Andrew Livernois, Tara Heater and Martha Ann Hornick" on Spreaker.
My patience for this whole ridiculous process is wearing thin. It is bad enough being a pro-se party in a civil case, but in the criminal courts I'm lumped in with some of the worst practitioners of the pro-se moniker in all of human history. I'm considered a lost cause, even if I have real talent as a litigator and even if the truth is on my side. Nothing I can say can penetrate through the thick walls of bias surrounding me. I fully expect to lose this motion on some bogus technicality or legal loophole, which will not slow me down one single bit. I have planned for each and every possible outcome. I've grown used to not being able to trust the system to be honest. Most often you cannot effectively represent yourself, even if you have a solid case, if you have no way to make absolutely sure the system MUST be honest.
I have a strategy in this case to make sure there is no possible way for me to truly lose this motion. It is the judge himself and the system itself that will lose if Judge James D. O'Neill III decides to do absolutely nothing to punish these prosecutors. "Attorney Bergeron" will not be discouraged in the event of a denial. I will only be emboldened. The path to acquittal is much easier in the face of a denial of this motion than it will be if this motion is granted. I'll be thrilled no matter which way it goes. I can work effectively and efficiently with either development.
The sad part about the road to victory if there is a denial of this motion is that reputational damage is not by any means reversible. Secrets will be revealed and truths will be told that may actually change careers, and not for the better. Legacies will be destroyed. The true character of public officials will be exposed, and there will be emotional wreckage that might never be repaired. Yet, that will be a level I must go to at that point. It will be my reaction to a system that backed me into a corner. And it will be a beautiful but tragic tale of self-destruction for this judge and these prosecutors.
Stay tuned to our site here and follow the case as it inches slowly toward trial. The moral of this story will be: the truth matters. Attorney Andrew Livernois at least pretends to subscribe to that sentiment, but his actions prove otherwise. I recently discovered his GoodReads profile, where he insists this is his favorite book quote:
“Things come apart so easily when they have been held together with lies.”― Dorothy Allison, Bastard Out of Carolina
This prosecution is coincidentally held together by lies, some of which Andrew perpetrated shamelessly. Karma is coming, and justice in the court of public opinion will be much more swift than any justice provided by the local courts.
at March 08, 2021


DONATE TO MY LEGAL DEFENSE FUND (RIGHT CLICK TO OPEN IN NEW TAB): 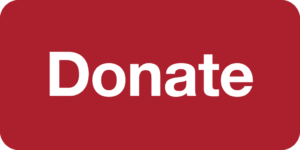